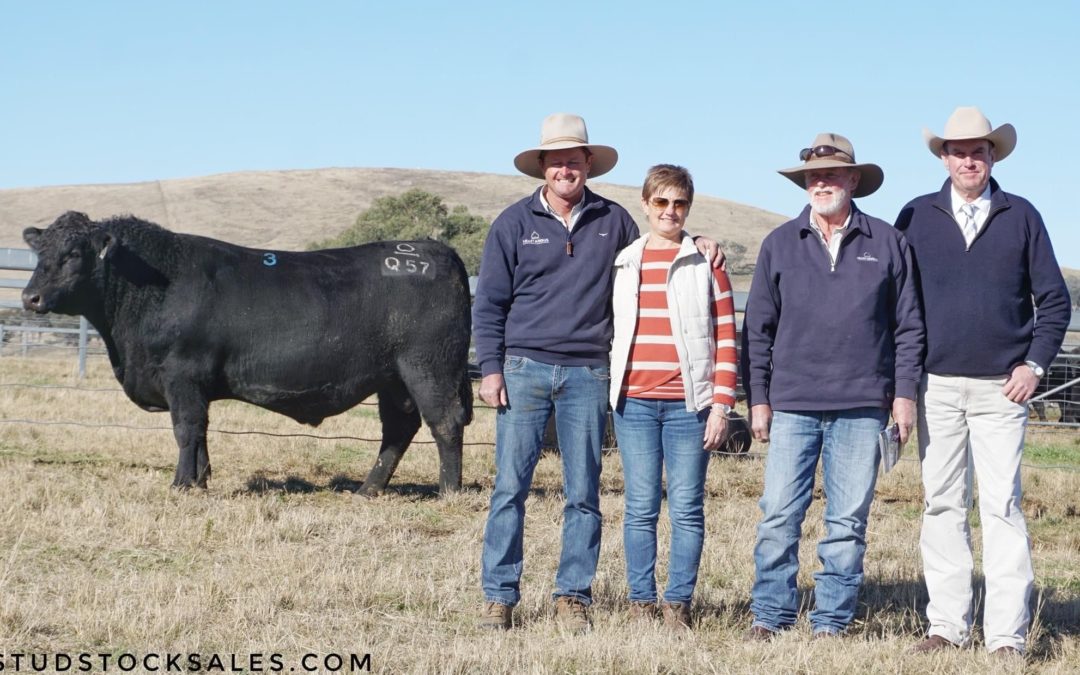 We would like to thank everyone who supported our sale today, thank you for your contribution to the sale, to our friends and family thank you for all your help today and leading into the sale and most importantly thank you to all the buyers and underbidders for supporting our genetics and program.
We are extremely grateful and humbled by today’s results.

Thank you again to everyone who support and contribute to the Heart Angus program.

Overwhelmed, humbled and extremely grateful for everyone’s support today…Thank you. 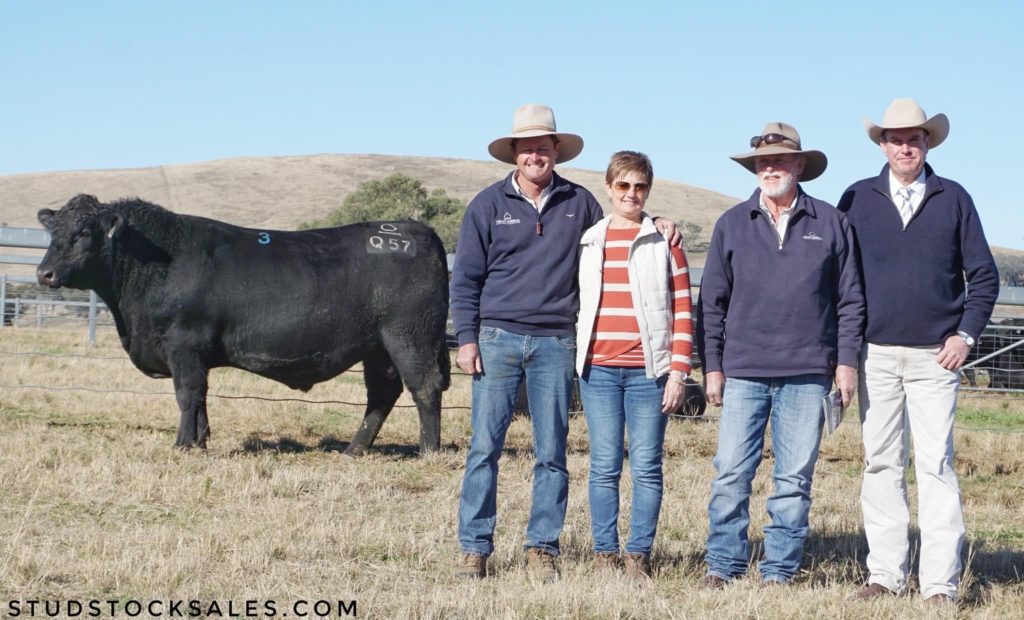 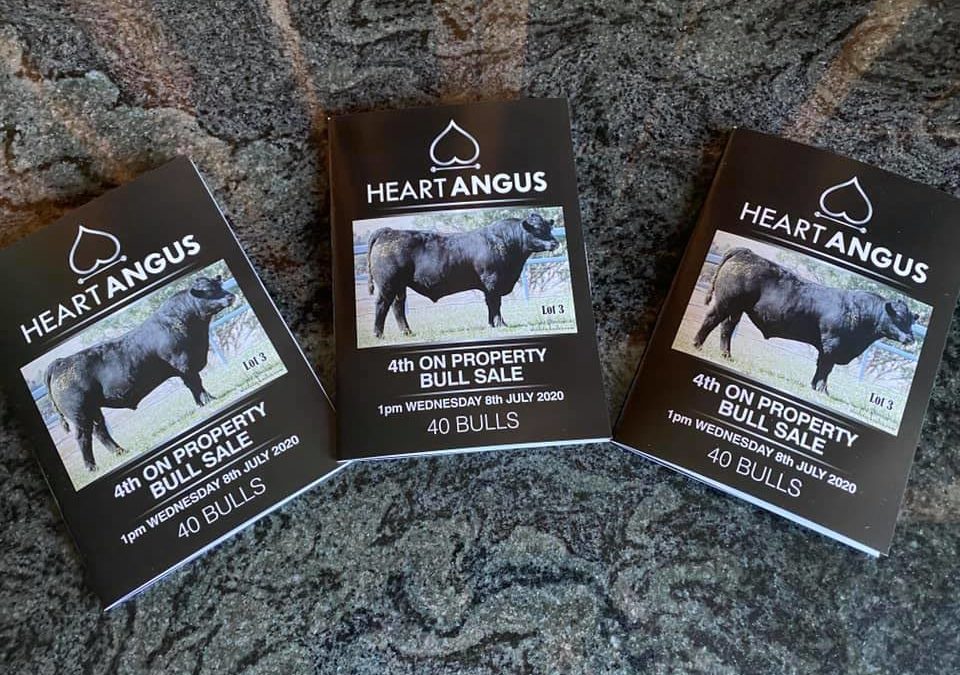 Prices topped at $13,000 for one of the first S Powerpoint WS 5503 sons to sell in Australia. The sale averaged $7084, with support from repeat and new clients. 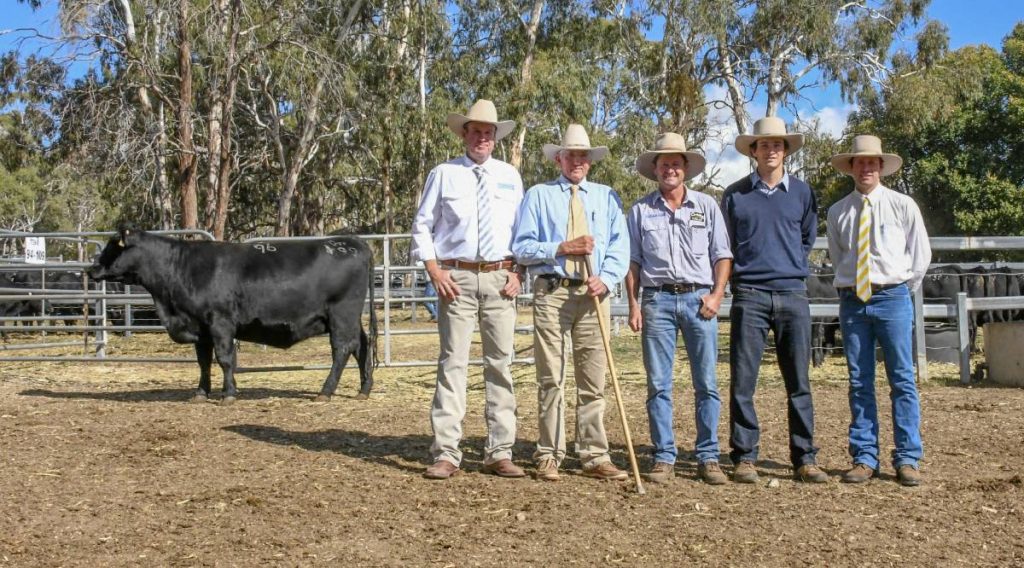 “Good depth of body with an impressive outlook and femininity. She suits our program.”

“She will calve a month before our cows so will fit in well to flush her in spring” added Mr Paterson who admitted to sourcing top end cows to improve the Heart Angus herd. 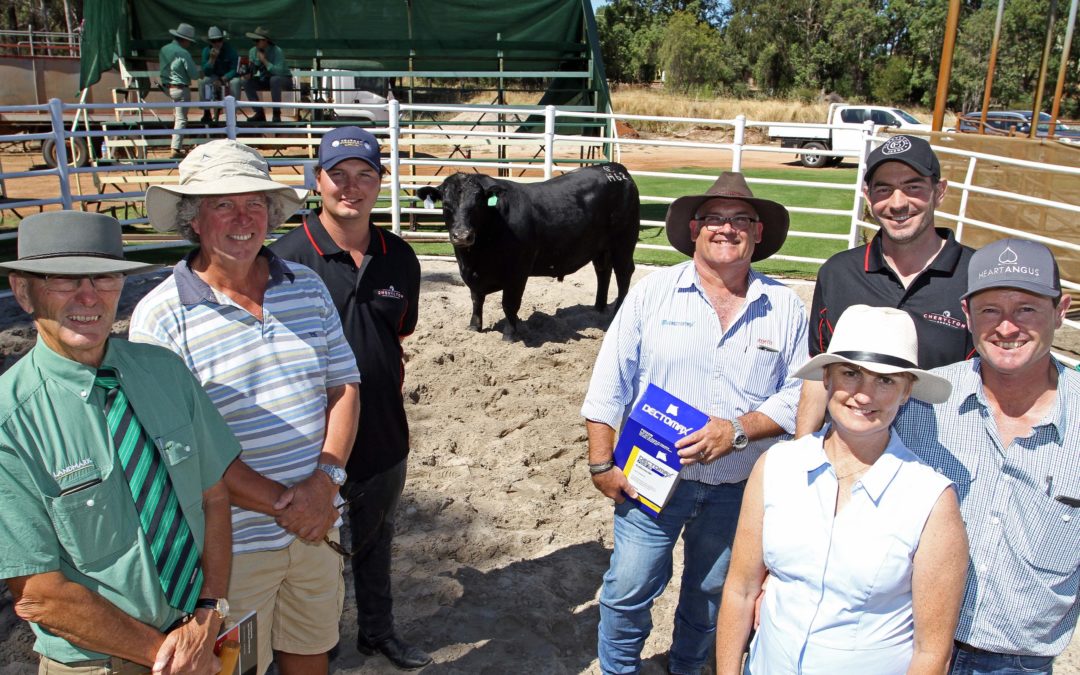 Klooney was the third Cherylton bull to enter the ring and had bidders vying for his services before being knocked down to the Paterson family, Heart Angus stud, Tamworth, New South Wales. 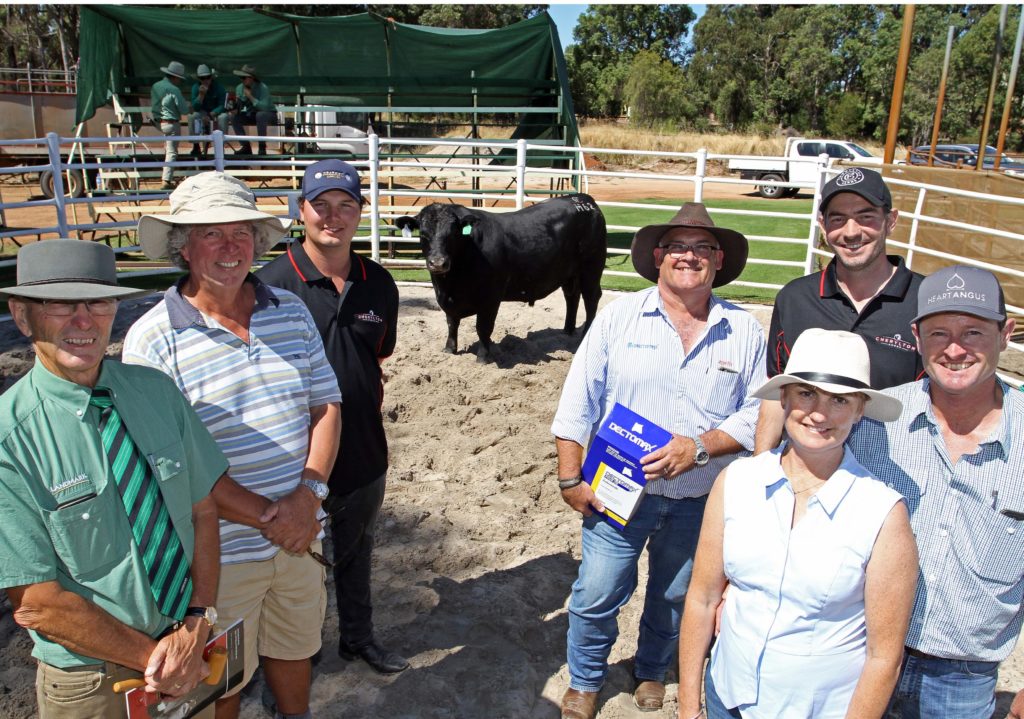 The 778 kilogram AI bred, mid-July 2016-drop bull was among the first crop of Millah Murrah Klooney K42 (sold for $80,000 at the 2015 Millah Murrah sale) sons to be offered and out of a Coonamble Elevator E11 daughter Cherylton Pride J55.

He said Klooney will go well with their cow herd to help keep producing good types.

“It has real sirey appeal, good outlook, weight for age and moves well and its dam’s sire goes back to an outcross for our stud,” Chris said. 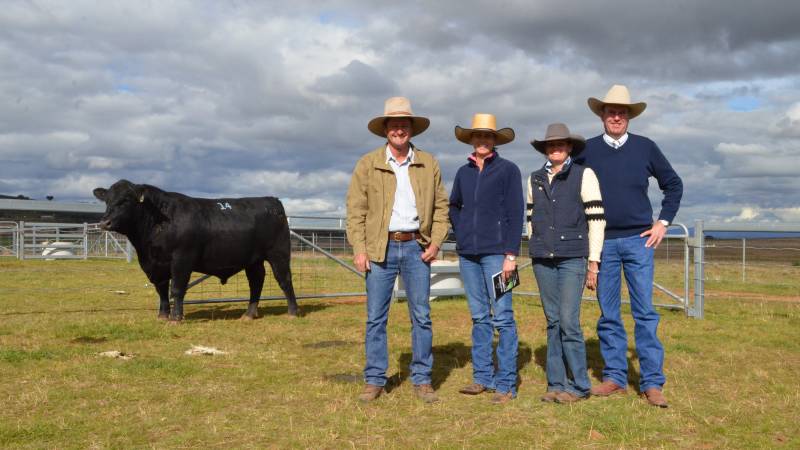 Near 50 registered buyers helped clear the lot and set a sale average of $9517.

Twenty nine bulls sold to top at $15,000 with 15 bulls selling into double figures.

This was a first time purchase for the Hamilton’s who run a commercial beef operation with 800 breeders consisting of mainly Angus.

They mainly supply feedlots with the blacks and plan to use L60 over the black females to achieve higher performance and higher growth.
Four bulls reached $14,000 in the sale with long time supporter Neil Higgins, “Old Crockford” Nowendoc, securing two of these bulls.

Mr Higgins has been purchasing from the Paterson family since the inauguration of the New England Angus Breeders sale and complimented the very quiet temperament of the bulls and weight gain influence they have on his herd.

The bulls will be used over a Hereford base with progeny targeted for local feature weaner sales annually.

Mr Johnston was looking for “the 2 T’s – Temperament and Testicles” to compliment his commercial beef enterprise consisting of mainly Angus.

Stud principal Chris Paterson was overwhelmed with the sale result. 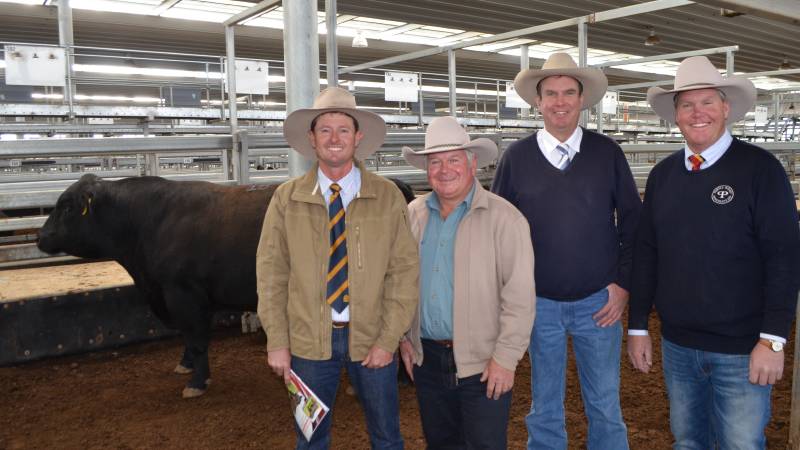 A TOP price of $13,500 was achieved at the 60th annual New England Angus Breeders sale at the Tamworth Regional Livestock Exchange on Wednesday.

Seventy six bulls were offered, with 62 selling for a clearance of 81 per cent and average of $6669.

The sale was conducted by Chris Paterson Stock and Station Agent and Purtle Plevey Agencies, with Paul Dooley auctioneering.